Tooth loss is one of the most common dental ailments. A tooth may be lost for any number of reasons, but the solution is always the same. You will need to have your missing tooth replaced. There are many ways a missing or badly damaged tooth can be replaced. The method with the greatest overall success rate is the dental implant, more specifically the endosteal implant. Read on to learn more about the endosteal dental implant and why it is the best solution for tooth loss.

What is an Endosteal Implant?

The endosteal implant is placed in stages and is designed to be implanted through the installment of three key components. These components are the base, abutment, and crown.

The Base- This component acts as an artificial anchor for the tooth. It is the part of the implant that actually fuses to the jawbone. The most common base components are shaped like a screw.

The Abutment- This acts as a connecting rod between the base and crown. It is typically shaped like a rod or cone. This component allows for the easy installation and removal of the crown.

The Crown- This is the visible portion of the artificial tooth. It is designed to mimic the appearance of a natural tooth and it is the part used for eating. If necessary, this component can be removed and replaced due to being a separate component attached to the base instead of the artificial tooth being one entire unit. Only a dentist should remove the crown, however. Attempting to remove it without the proper skill and tools can damage the implant overall. Typically, they are only removed if they have come loose or become damaged.

Each of the components will be installed separately during the implantation process. After the base is installed the jawbone will need to heal for a period of time, sometimes lasting several months. Once the jawbone has fused to the base, the abutment can be attached. Another, much shorter, healing period will occur while the gums heal once more. Finally, the crown will be installed and adjusted.

How Time-Tested are Endosteal Implants?

Denture creation is one of the oldest forms of tooth replacement known to man. They were first known to be crafted by the Etruscan people around 700 BCE and were made of human or animal teeth placed atop a gold band. The first dental implants known to have been performed did not occur until around 600 AD. The early Mayan people were capable of using carved jade and other materials to perform primitive implants that seemed to sometimes fuse within the jawbone like a modern endosteal implant.

Modern endosteal implants were not officially performed for the first time until 1965. They did not begin to be performed as a general practice until the late 1970s, however. These facts mark the modern form of endosteal implant as still relatively new in dentistry compared to 2700 years of denture creation.

How Effective are Endosteal Implants?

The most common alternative to the dental implant is the creation and placement of dentures. Dental implants in general provide far greater levels of usability and permanence than other options.

The average dental implant will have a 95+% chance of surviving after five years. Dentures will often need to be replaced at around this time. Endosteal implants, if properly maintained by regular dental visits, can last for decades. Another thing to consider is the cost of dental implants. The average price for a high-grade dental implant is around $4250 per tooth. A full set of premium dentures costs around the same amount, $4000 to $8000.

If you only need a few teeth replaced dental implants are the best method due to their success rate, permanence, and usability. Even if you need all of your teeth replaced, it may be best to have several of these implants placed in order to created anchored dentures that don't slip. 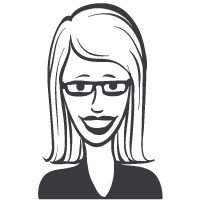